Gold Rush! 2 1.0 Mod + APK + Data UPDATED is just arrived on APKLynda and now you can download it. This awesome Adventure game is developed and published by Sunlight Games GmbH. The current available version is 1.0 with a size of 39M only. We have updated this APK on June 12, 2017. Download it now and enjoy it on Android 2.3 and up devices.

Developer
Sunlight Games GmbHVersion
1.0
Updated
June 12, 2017Requirements
2.3 and up
Size
39MGet it on

Jerrod Wilson left his home in Brooklyn, New York during the legendary Gold Rush of 1849 to find his brother Jake, who was forced to leave 11 years earlier. After a long adventure, Jake and Jerrod found the richest vein of gold in California’s Mother Lode! Now it’s 1869. 20 years of hard work has made their mine very successful. Most of their mining profits were sent home to Mr. Quail, a banker and family friend, who has been investing them wisely. The brothers are as wealthy as Wall Street tycoons, and if they ever return to NY, they will be very influential gentlemen.

Mr. Quail sends news from home and it’s not always good. William Tweed, who Jake and Jerrod personally knew to be the leader of a gang of thieves and extortionists (the man who forced Jake to leave Brooklyn), has become very powerful. He is now in the State Legislature and members of his gang have key positions in Brooklyn. Tweed’s political corruption has allowed his gang’s crime to go unchecked since the police are also on his payroll.

Jake and Jerrod decide to sell their mine and travel home on the newly constructed Transcontinental Railroad. The brothers have evidence that should send Tweed to prison for the rest of his life, but Tweed has heard they are coming and plans to stop them from ever returning to Brooklyn. A contest of wits has begun with “Boss” Tweed, a man with political power, wealth and a gang of criminals at his command.

Features:
• Far more than 80 prerendered images and animated scenes in full HD
• Complete new story and quests from the developer from the 80s
• High quality voices and new recorded music
• Subtitles in English or German
• For touch optimized Point&Tap control


• This game requires 1GB of ram to run. On some devices with 512MB it will not work.
• This game is optimized for devices from 7", because the small details are better visible and better to control. But it runs also on smaller devices.

This game doesn't contain any form of in-app purchases or advertisings! 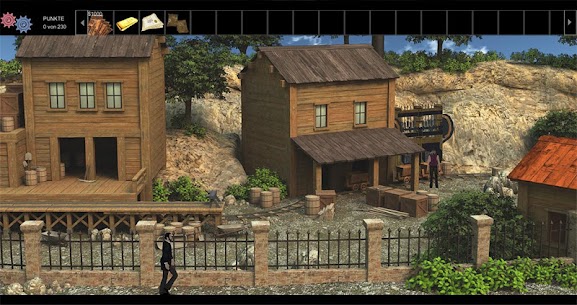 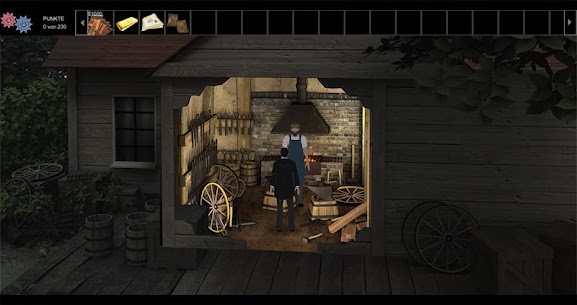 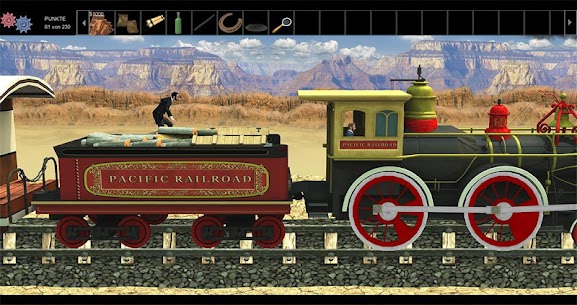