Geeky Sanchez 1.15 Mod APK (Unlock All) is just arrived on APKLynda and now you can download it. This awesome Arcade game is developed and published by Pixelneat. The current available version is 1.15 with a size of 14M only. We have updated this APK on December 1, 2019. Download it now and enjoy it on Android 4.1 and up devices.

Developer
PixelneatVersion
1.15
Updated
December 1, 2019Requirements
4.1 and up
Size
14MGet it on

Try to reach the maximum heights to prove the earth is flat. Avoid spiky obstacles, cows and pianos falling from the sky. Collect coins to unlock more characters each having a different story. Collect balloons to gain more speed and security.

One day a talented well known rocket scientist Mr. Sanchez was experimenting on his new electric propulsion engine. As soon as all the dots were connected, he happily pressed the ignition button – the engine started grumbling. As expected it started to generate currents and potentials inside of plasma bursts. All gauges showed results that were expected – plasma ions were rapidly accelerated to the level that Mr. sanchez planned. The scientist was looking happily at all the parameters. It seemed that all these years that he had spent have finally paid off.

Exactly at the moment when he opened his mouth to scream ‘Eureka’ on gauge popped out emitting the whistling sound. The sound was followed by immense plasma burst which blinded Mr. Sanchez. It seemed the world was falling apart all the lab was shaking and things were falling from the shelves. Finally a module of the rocked crumbled and fell down hitting the scientists head. Darkness, nothing else.

As soon as the fireman broke in, he saw the scientist laying in the middle of the lab. Poor man was trapped underneath a heavy part of rocket module. Luckily enough a fireman managed to release a victim from the wreckage. He took an unconscious man on his shoulders and brought him outside. Mr. Sanchez was brought to hospital and spent there seven months unconsciously.

One early monday morning he suddenly woke up from his coma. It was a clear thought that woke him up. He jumped up screaming – The earth is flat!

Sadly he couldn’t proceed with his experiments on the propulsion engine and the rocket that he was working on. He was expelled from library since he has caused a massive loss. That was the day when he decided that he will reach a certain point needed to prove the fact that earth is flat with help of balloons filled with his experimental gass.

Since that day, his colleagues started calling him Geeky Sanchez. Since that same day he tries to do the same experiment each and every day. Now Geeky is not alone – he has a lot of followers mostly they are his cousins, those are Reggae Sanchez, West Sanchez, Funky Sanchez, Arty Sanchez and others. With help of his cousins Geeky persistently tries to prove his truth. Let’s hope they will succeed one day. 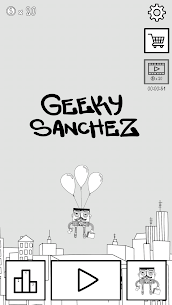 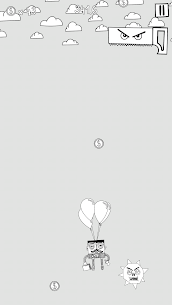 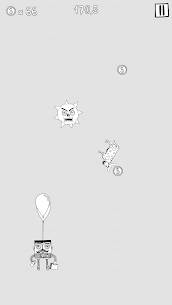