Tower Defense: Alien War TD 1.3.5 Mod APK (Unlock All) which is a popular Strategy based app is now available to download. You can download it easily because the size is only 35M and version is 1.3.5. Developed by GCenter, this app has been last updated on January 10, 2020. Download the APK + Mod right away only on APKLynda website.

Tower Defense – Alien war TD is a fight against the invasion of aliens. The beautiful graphics and flexible tactics will provide an interesting experience to the devotees of defense games.
In 2850 when the traveling between galaxies in the universe is easier, creatures from distant galaxies are looking for energy from organic matters. With a remarkable evolution, they can transform all organic matters into energy to survive. They destroy everything on roads that they pass by. In that situation, the Mankind holds each other’s hand to combat against these creatures. The Mankind has developed new weapons to prevent the steps of these alien creatures.
Get involved in the mankind alliance with Tower Defense – Alien war TD to combat against the invasion of creepy creatures to protect the earth.
Tower Defense – Alien war TD is a type of Tower defense game, has flexible defensive tactics and diverse weapons. Surprise attack Campaigns and great devastating is difficult for the defense of players. Therefore, players must make a reasonable tactics to prevent these attack campaigns of the alien creatures.
The Tower Defense – Alien war TD – Tower defense inherits and promotes the features of tower defense game. Tactics and strategies ensure the thinking. The defense system is diversified with features changing by play screens.
Owing to beautiful and animated graphics, Tower Defense – Alien War TD will satisfy devotees of tower defense game.
# Features
– Various weapons, massive upgrade system, enhancing strategy.
– Abundant strategic defense system
+ LAA(Landmine Anti-Ailen): Landmines have many damaging pieces to destroy a large number of enemy troops in a quite large range
+ BAA (Bombes Anti-Ailen) : Bombs generate a strong magnetic field to destroy a large number of enemy troops in a large range
+ IAA(Ice-Anti-Alien): A weapon generates a ultra-cold airflow to quickly freeze the formidable creatures
+ A/G(Air-to-Ground): A air-to-ground fighting alliance has 5 aircrafts carrying a large quantity of nuclear bombs to destroy a large number of enemies.
+ Flame Destroy: emits the heat equivalent of the halo floor, every creature will be burned if it goes through.
+ Megagun-Nuclear artillery: Self-propelled artillery with nuclear warheads can destroy a great large number of enemies in the unlimited attack range 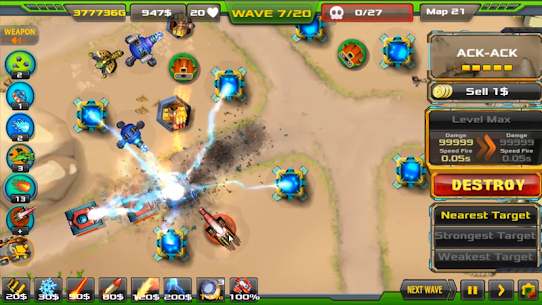 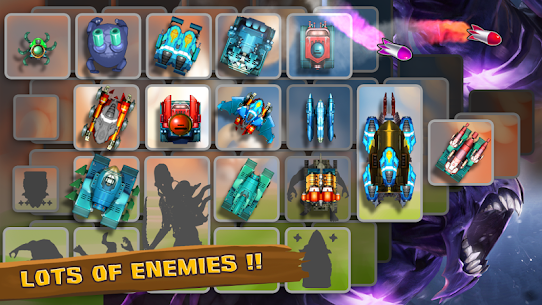 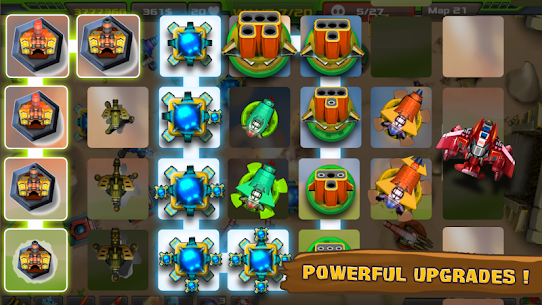